Media about the Center

A Judo Center has opened in the capital of Kazakhstan. Anyone from the age of five will be able to teach this sport. Asel Rusalieva, the correspondent of MIR 24, learned how the champions will be trained.

Now Rashid easily throws his opponent over his shoulder. Although only two years ago I was completely far from sports. Judo gave me confidence and perseverance. There is no time left for bad habits.

“Sometimes I play computer, but rarely. And so I try to do useful things. I study, read books, I like to play chess, I go to judo. I have two idols - our Olympic silver medalist Eldos Smetov and a Japanese named Abi fu Kime, ”said Rashid Kozhantaev, a pupil of the martial arts school.

The first judo sections in Kazakhstan appeared almost 60 years ago. Over the years, two athletes have reached the Olympic awards: Askhat Zhitkeev won bronze in Beijing, and at the Games in Rio de Janeiro, Eldos Smetov stopped just a step away from gold.

They are planning to train Olympic champions in the new center. Right after the opening, 120 people signed up for the section. For children from large and low-income families, classes are free.

“In a year we plan to have a thousand children in our school. Of these, there should be 10% of the collections. This is 100 people, "- said judo coach Sergei Pak.

More than 85 thousand Kazakhstanis are engaged in judo - almost four times more than 10 years ago. The result is quite expected. Last year alone, 20 free sections for children and adolescents were opened in the republic.

“We are now actively preparing for the upcoming Olympic Games. There are nine qualifying international tournaments ahead. Today we have seven candidates for the men's team and one girl, ”said the President of the Judo Federation of Kazakhstan Kairat Kozhamzharov.

The country decided to actively develop just such mass disciplines. The Ministry of Sports has been cutting funding for professional sports clubs this year. The money saved will be used to build children's sections. 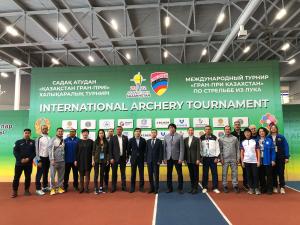